What Oil to Use on a Non-Stick Pan

From fresh pancakes on a leisurely Sunday morning, to eggs on a promising Monday morning, frying pans are used to deliver a variety of delightful treats. The hassle of scrubbing away the remnant food particles from the pan (after use) has also been taken care of, with the advent of non-stick pans.

The issue with non-stick pans is often durability. The life of the non-stick layers is essential to the existence of the frying pan. Once the coating starts to come off, it is time to replace the pan.

It is important to use the right oil to prolong the life of your frying pan. Well, you don’t have to run off and do additional research because we have the answer right here!

With improper practices, non-stick pans give in within 6-12 months of use. Even though the life of high-quality frying pans is generally in the range of at least 3-5 years, improper or ignorant use can cause the non-stick layer to peel off or give way at a much faster pace.

To each his own

It is highly recommended to read the pan’s instruction manual that you get at the time of purchase. The recommendations from the manual make the choice of a lubricant a much easier task.

Which oil to use?

There are quite a few oils that can be used to lubricate a non-stick frying pan. Olive oil, vegetable oil, sunflower oil, canola oil, and even butter, are some of the viable options.

Vegetable oils such as soy oil are immensely difficult to clean and can be quite unforgiving on the surface of a non-stick frying pan. Olive oil, on the other hand, seems to do a better job than vegetable oil in increasing the life of a non-stick pan. Canola oil is also a safe bet and does less damage to the non-stick surface.

Health impacts are a critical factor in deciding the right oil for cooking. By all means, olive oil is the safest bet.

Olive oil has a rich content of monounsaturated fats, which have healthier cholesterol ratios. Although olive oil is quite expensive in comparison to vegetable oil, heath benefits and less adverse impacts on the cookware make it a reasonable bargain.

In addition to olive oil, canola oil is also a heart-healthy option. However, in the opinion of some health experts, it is a highly processed option, in which a large chunk of the crop yield is genetically engineered.

You can opt for organic versions of the oil to avoid the genetically modified one. Among other healthy oils are avocado and walnut oil. These oils, however, are not suitable for high-heat cooking since they quickly burn. Cooking at high temperatures can have adverse effects on both health and the non-stick pan. 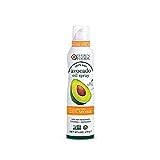 A canned spray version of oil which is used for lubrication is called a cooking spray. Using a cooking spray prevents food from getting stuck onto the surface of the pan. Earlier, butter was used by cooks for this purpose.

Since cooking sprays are applied in a much thinner layer, they add fewer calories to the food than a layer of vegetable oil. These sprays are implemented as a very thin layer. As per US regulations, many have been labelled as containing “zero-calorie.” Some of the popular brands across the world are Crisco, Pam, etc. The sprays are mainly available in three flavors, namely, olive oil, vegetable oil and also butter.

Use of cooking sprays is supposed to lengthen the life of your non-stick pan. However, in a few cases, the reverse happens. After some time, remnants of the spray accumulate in parts of the pan.

These are the regions where the flame’s heat doesn’t entirely burn up the spray. The build-up typically happens along the pan’s edges. The sides then become sticky as well as doughy.

The reason for this is the presence of soy lecithin which becomes the primary cause of the stickiness. This stickiness is not a frequent occurrence, though, and does make cooking sprays a safer bet than conventional oils.

While all the options mentioned above have their pros and cons, the reality is that eventually a non-stick pan will be rendered ineffective. But there is hope in the fact that the process can be delayed with the right oil choice.

There is a wider variety of nonstick cookware on the market now compared to the first time it was launched. There is an ongoing debate over ceramic nonstick vs. Teflon though. Ceramic nonstick items are favored by some while Teflon, the original nonstick material, is the popular choice among cooking[…]

Anybody who loves to cook holds his cookware very dear. Therefore, maintaining your cookware is of utmost importance.  And when it comes to non-stick pans, this is the one cookware that is used by housewives and chefs alike. Hence, knowing how to clean a ceramic non-stick pan is paramount.Why ceramic[…]